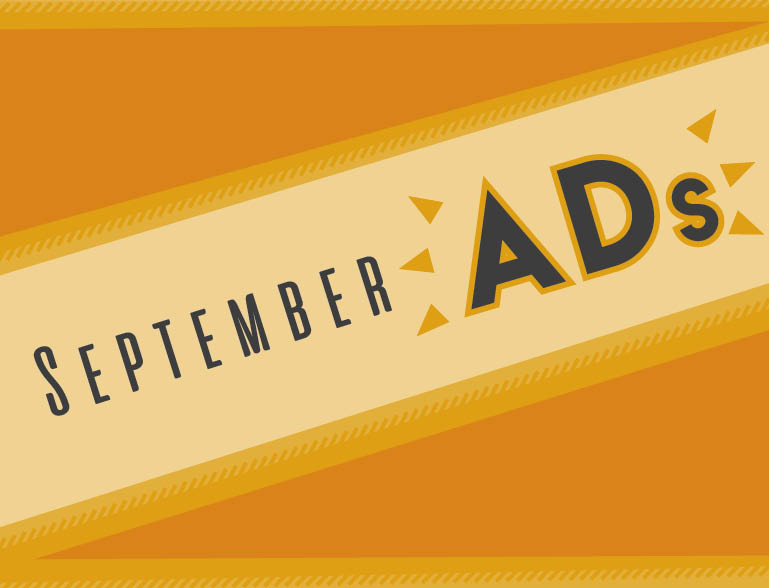 It has been about a month since the fall semester started, and to say that it has been hectic is an understatement. We saw summer turn in to fall (it’s still 90 degrees though), endured all-nighters, attended meetings, crammed for exams, and enjoyed a few game days. With all of this going on in our daily lives, it can be difficult keeping up with some of the new and exciting things going on in the ad industry. To make it easier for all of us ad nerds to keep up, here’s a run-down of some of the cool ads that aired this month.

Nike Just Do It Campaign

Aired on Sept. 5, Nike commemorated its 30th anniversary of the ‘Just Do It’ slogan this month with a new ad starring Colin Kaepernick. Kaepernick is known for beginning the movement of taking a knee during the national anthem, which started a nationwide controversy. This ad further added to the controversy by taking a side even though it means isolating those brand loyal customers that don’t support the movement. Aside from the controversy, the ad shares a heart-touching message of trying to achieve anything, even when it seems unattainable.

Diesel aired it’s “Hate Couture” Campaign in early September. It shows off Diesel’s new line that turns hate comments into fashion. It stars celebrities like Nicki Minaj, Bella Thorne, and Gucci Mane sporting clothes with some of their most common hate comments. Diesel sends the message to rise above the haters in saying, “the more hate you wear, the less you care.”

Hitting the two-hour mark in a marathon is nearly impossible, but Nike was hoping that the fastest marathoner ever, Eliud Kipchoge, would beat the odds. He missed the mark by only 25 seconds, but this still broke the world record by over a minute. His title of the “fastest ever” was mentioned in Nike’s 30th anniversary Just Do It spot. However, his accomplishment was so epic that Nike and Wieden + Kennedy Portland made an ad about him to celebrate.

·     23andMe is the leading brand in the relatively new DNA testing field. In order to keep its spot as the leading brand, 72andSunny Los Angeles created a campaign that allows people to see all the things there is to discover about yourself. By personifying each gene is a comical way, potential consumers realize genes they never gave much thought to but makes them who they are.

Uber has been making significant changes to their branding and topped off the changes with a new campaign. This Uber ad is claimed to be the biggest one in its history. This ad communicates to the consumer in an emotional way by showing all the opportunities and memories waiting when using Uber.