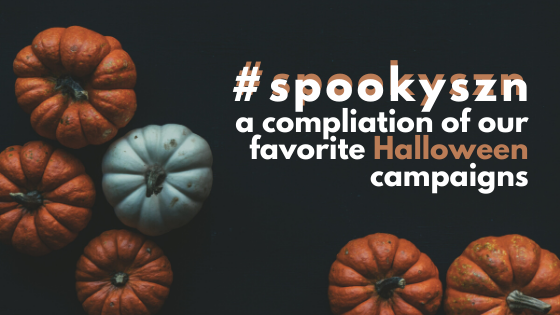 As children, Halloween is the one day out of the year where it is socially acceptable to knock on strangers’ doors and demand food. As college students, Halloween starts on October 1st when everyone changes their Twitter name to include “spooky”. 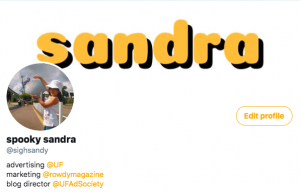 While we have been planning our costumes for the Ad Society Halloween party this past Monday, advertising agencies have been rolling out spooky campaigns to get into the spirit. Here are some of our favorites:

Last year, Netflix partnered with Lyft in the promotion of Stranger Things Season 2. For two days, Lyft users in Los Angeles and Philidelphia can activate “Strange Mode” where passengers can immerse themselves in the world of Hawkins. With creepy special effects and a possessed driver, this campaign generated hype for the new season and attracted the attention of the Stranger Things audience towards Lyft.

We’ve all heard of “Subservient Chicken.” Now prepare for possessed taste-testing. Leave to Burger King to come up with the most outlandish campaign ideas. According to AdNews, the “creative agency David Miami enlisted psychic medium Riz Mirza to conduce a ‘spirit taste test’, where people possess his body to review the burger.” Filmed at the infamous Hotel Alexandria, known for its supposed supernatural activity, this video paired with the limited-time release of Ghost Whopper is definitely on the spookier side.

This Halloween season, the music streaming service is highlighting groundbreaking artists’ courage and bravery to be who they are. To some audiences, that bold display of individuality can be just straight-up “scary”. Take Freddie Mercury, for instance: As lead vocalist for the progressive rock band Queen, his theatrics were often criticized to be inappropriate, yet he pushed back by being unapologetically himself. Spotify champions his efforts in their “Happy Halloween” ad.

As iconic as the Geico Gecko is, this latest TV spot places him in a position we’ve probably never seen him before – the middle of a creepy old attic. Haunted houses need home insurance, too!

What would be a Halloween ad campaign compilation without a candy brand? Aired in 2010, this spot is still iconic even a decade later. With this humorous reveal of children masquerading as a large woman, Snickers balances both the childish spirit of Halloween with creepy elements.

Ad Society wishes everyone a safe and fun Halloween!