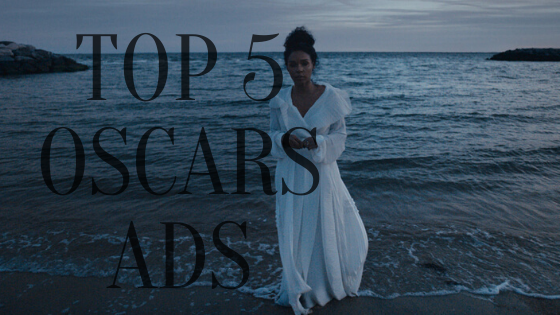 This past Sunday night was the Oscars, also known as the second-most expensive event for television advertisers, next to the Super Bowl. This year, a 30-second spot during the acclaimed Academy Awards cost up to $2.8 million, according to Adweek. Given the fact that Oscar Sunday generates some of the most ad revenue for ABC according to Kantar Media, it makes sense that advertisers would be focused on creating increasingly better ads each year. This year, many ads were tailored specifically to the program.

The Oscars has much less viewership than the Super Bowl, so you may be wondering why brands would want to pay just as much or even more for ads. Well, what’s special about the Awards is the demographic. Unlike the Super Bowl, Academy Award viewers tend to be female, educated, and opulent with a generally high disposable income. Additionally, the show attracts young, social-media-savvy influencers. This makes for a perfect place for brands who want to attract these specific demographics to advertise their products. High-end brands like Cadillac and Rolex took advantage this year and debuted their ads during the show.

If you didn’t get a chance to catch the Oscars, I can’t help you there. But what I can share with you is 5 of the best ads played during the award show this past Sunday.

The hiring platform shows an ad paying homage to everyone involved in the first man walking on the moon. The commercial highlights the fact that all of these people, from the custodians to the mathematicians (a probable reference to the 2017 nominated film Hidden Figures), played a role. As inspirational music plays, the tagline reads “Great moments are the work of many.”

Adobe’s ad incorporates a plethora of colorful design elements, accompanied by the iconic song “Pure Imagination,” sung by Gene Wilder. The ad also includes an appearance from Grammy winner, Billie Eilish. This was not coincidental considering her fanbase and the fact that she performed at the Oscars Sunday.

The NYT debuted this ad from their “The Truth is Worth It” campaign in this spot featuring actress and singer Janelle Monae. The campaign includes “The 1619 Project,” an initiative that looks into the history and impact of slavery in the U.S.

Rolex promotes its partnership with the Academy of Motion Picture Arts and Sciences in this ad featuring the legendary Martin Scorsese sharing his story about who inspired him.